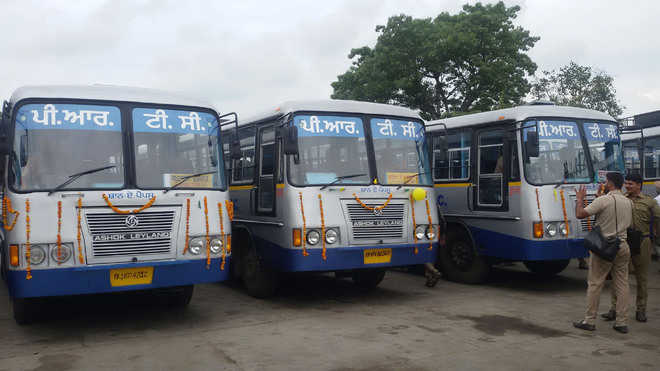 A driver and driver of the Pepsu Road Transport Corporation (PRTC), Patiala Depot, tracked down a female passenger and returned her purse, which she had left on the bus. The woman thanked the PRTC employees and appreciated their honesty. The bus runs on the Patiala-Panchkula road. The woman boarded the bus at the Patiala bus station. On disembarking in Zirakpur, she forgot her handbag on the bus.

The driver and driver spotted a handbag on the bus at the Panchkula bus station. The duo managed to contact the woman via a cell phone number listed on one of their documents found in the purse. They asked him to retrieve his purse.

After PRTC employees returned her purse, the woman said, “I am grateful to both employees. The purse contained important documents, an ATM card and Rs 6,000 in cash. “

It was learned that the woman had come to Panchkula for the treatment of her relative. The woman is said to have encountered financial difficulties during the treatment of her relative because she had lost her purse. Bus driver Gurvinder Singh said it was everyone’s duty to return the lost thing to its rightful owner. “It was our duty to return the handbag,” he added. Bittu, a bus driver, said: “We are happy to help the woman, who was stressed after leaving her purse on the bus.” – TNS

2021 Mr. Olympia: live stream, results, purse and how to watch Pay Per View

Live an evening at the United Way of Midland’s Power of the Purse fundraiser!