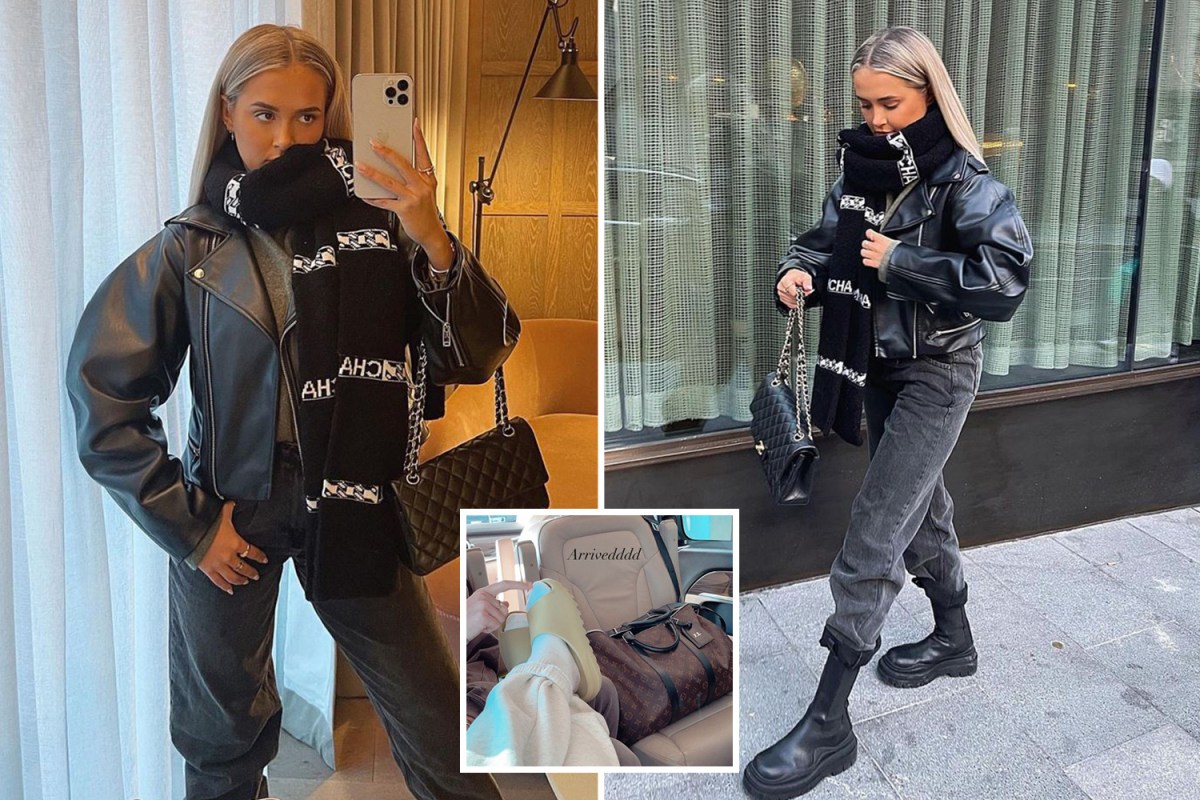 MOLLY-MAE Hague bundled up in a chunky designer Chanel scarf before her last work trip abroad.

It was a hit with followers, with only one writing: “simply gorgeous !! obsessed with your outfit.”

Another posted: “Looks like you’re holding a kid bundled up there for a second haha.”

In the evening, Molly enjoyed a trip to the Winter Wonderland in Hyde Park where she was terrified on a huge ride.

Sharing a photo of the illuminated Hangover Tower, she wrote: “I was there. I wouldn’t recommend it. The tower was so tall it was literally shaking in the wind at the top.”

The fashionista showed off her latest fancy shoes this weekend, strolling the capital in a pair of £ 1,650 black Givenchy boots.

She got up early today, taking a selfie from Stansted Airport at 5 a.m. before her flight to Budapest.

Her designer clothes were neatly stowed away in her £ 1,860 Louis Vuitton suitcase and £ 1,650 matching bag.

The Hungary getaway comes after recent trips to Seville, the Italian Alps, Santorini and Ibiza.

Over the weekend, Molly and her boyfriend Tommy Fury gave fans a preview of their incredible winter wonderland makeover in their new home ahead of the holiday season.

The visit to the house came shortly after their old notebook was ransacked by burglars who took away £ 800,000 worth of designer jewelry and clothing.

Taking to Instagram, Molly took her followers on a tour of her hallway and living room that had been completely transformed into a festive delight.

The couple stepped out of their £ 1.3million luxury three-bed penthouse earlier this month following the break-in.

The Love Island couple were in London when their home in Hale, Manchester, was broken into.

She told fans on her YouTube channel, “It was the worst thing that ever happened to me – it was just awful, awful.”

Discussing the incident for the first time, Molly-Mae said, “Tommy and I were actually robbed. It was without a doubt the worst thing that had ever happened to me – to us I would probably say – and it was just awful, awful, awful. So, we have been dealing with a lot of things.

“Our apartment has been broken into, ransacked, emptied, whatever you want. What they said in the articles was true, they took it all. We ended up with not much stuff at all.

“I had to deal with emotions that I didn’t think I could handle at a time like this, like feeling guilty. I never thought that if I had to get robbed, I would feel guilty.

“But I think seeing a lot of things on social media and seeing a lot of opinions about why we got robbed, I started to think ‘God was my fault? »Have I shared too much? Did I do the wrong thing? ‘ “